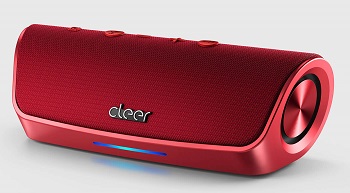 Often at CES, I run into products that I just don’t want to live without. I have a bunch of Bluetooth Speakers but the best one I got this time around was the Cleer Stage Speaker. I don’t get to use it much because my daughter keeps snatching it despite having at least three others downstairs. Ok, to drop names, it stands up to the Bose speakers I have on the computer. It is that good. Besides playing music, it includes Alexa Voice Service. Spec wise, it includes a digital amplifier, dual 48mm neodymium drivers and passive radiators. A 15-hours playback via a 2600mAh Lithium Battery and IPX7 water-resistance rounds out a really sleek design. It is solid and well built and worth the $129 from Amazon. 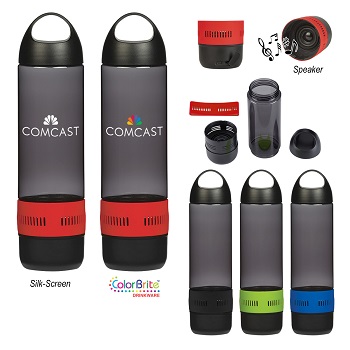 Compare that with the water bottle Bluetooth Speaker that weighs no more than a typical metal water bottle. Was given that at one of the CES meetings and come to find out, you can’t buy them except in quantity of 50 or more at $20 each. Cute and clever; yes, you can hear sound and understand words. Hand wash only except for the bottom speaker which I hope liquid doesn’t condense on it. So, NO, this is not a must have item. 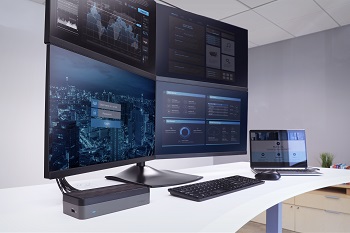 More and more people are attaching multiple monitors to their computer and Targus has just the item to take care of that in the Dock520USZ which will connect up to four monitors to your system each capable of showing something different.

Really designed for the modern laptop as the video ports are all HDMI and six USB 3 ports including two type C Ports. Also are audio inputs and a power connector. I can see these becoming very popular and is available for $254 at Amazon.

More information on it here. Targus also announced a whole range of travel cases and backpacks at CES and they are also worth taking a look at here. 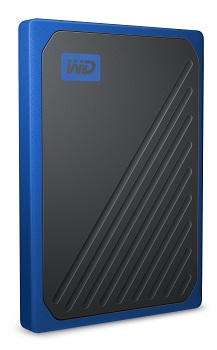 Another family of products that I think we will see more of in the coming months is the ability to back up your computer far more quickly than we can today. Most people are used to the external hard drives that plug into a USB port but are not always happy with the speed of the devices and how long it takes to back things up. Western Digital has the solution in the My Passport Go series of drives that speed up the process two and a half times in two ways. One is that they use the USB 3.0 interface and the second is that the drive is not a spinning traditional hard drive but a solid state drive.

We are talking seriously fast connection and transfer here and they are far more reliable. How about just $86 for a 500 gig back up drive. Well worth the money. 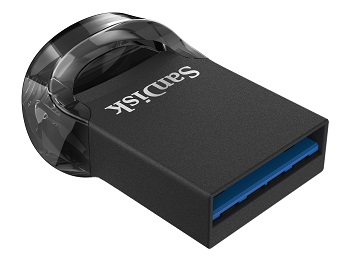 From SanDisk comes the SanDisk Flashback. This is a service and connection that will back up the contents of a Flashback USB drive to the cloud to allow you to access files where ever you are. You can view, share, and search the files without the drive using program you download to your PC or Mac. Use it with the SanDisk Flashback Drive which you can get a 128GB drive for $21. 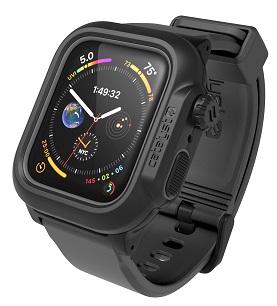 It is the rainy season here in Indiana and has been dumping a ton of water. It reminds me that if you are going to venture out in this stuff with your iPhone, Apple Watch, or iPad, you had better have a waterproof case from Catalyst and they are terrific! I wish I had one for my Huawei Mate 10 but unfortunately, they don’t make those. They have been CES Innovation award winners, design winners, and my use of the case for my old iPhone made it well worth the while. Taking pictures in the water, at Niagara Falls on the Maid of the Mist that takes you right up to the falls; I was never more comfortable having and using my phone on the go. Now unfortunately, I worry about those kinds of things. They do make cases for the Galaxy S9 and S10 phones, nearly every Apple iPhone, the watch, iPads, and even have some travel cases and sleeves. It is simple; if you have an iPhone, get a Catalyst Case! 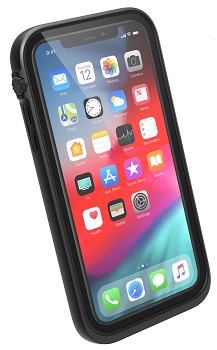 Ahh, summertime and tornadoes in Indiana have struck. Time for a mid year look and review and I must say I am very happy with the results of my new solid state driven computer. Start up and shut down happens very quickly and my switch over to AT&T fiber optic internet has also improved everything on that end as well. The upgrade to USB3 has also improved data transfer significantly to the USB Memory drives and now the bottle neck in using my computer seems to be mostly with the network connections to other devices and the internet at times. So the upgrade to the solid state system so far was definitely worth the effort.

I wish I could say the same for the WIFI system. I have one of the Epson ET printers and it really has a mind of its own. Fickle as well. Sometimes it prints immediately, sometimes it waits a couple of minutes, and sometimes half a day if then. I have a couple of tablets that are WIFI only and they go off and on as they see fit; is it the Linksys Mesh Network that we have been using, is it the EnGenius Mesh Network that is getting in its way or what. So this is still a work in progress. I am going to physically separate the two networks into different locations away from each other to see if that might be the problem and will let you know.

It is summertime here and that means thunderstorms and power outages and we have had our fare share here. I have four different UPS (Uninterruptable Power Supply) systems in my office; One for my computer, monitors, and printer; one for the backup NAS (Network Attached Storage) and ethernet hubs in the closet; one for the new AT&T Fiber Optic connection system, and one for my test computer that is usually on and usually running something I am looking at. What a racket.

Memo to self, how do you turn off the beeping beeping. Because they are four different models and types, instructions for each are different and when the power goes out, you quickly realize what should have been plugged into a different outlet on the boxes.