I recently received a new Solid State Drive (SSD) from Kingston and wanted to see what it does for my computer’s performance. This drive is a new type m.2 form factor which is a bit smaller than a typical computer memory stick. Though fairly new to most people, the m.2 form factor for SSD has been out since August 2013, nearly seven years ago. If you took apart some of the older laptops like a Macbook, you would find they had them installed. It is just that desktop systems didn’t have the slots for the m.2 drives till much later. Because they are all chip based, you now see a lot more companies that are selling them so the boom is on which hopefully will give us better prices and better lifespans. 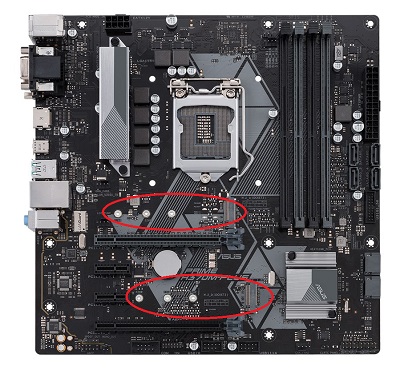 Installing the new Solid State Drive (SSD) m.2 form factor drive in my computer was a piece of cake once I got all of the settings figured out.  My Asus mainboard had two slots for m.2 drives but one is for a SATA type drive and the second is for an NVMe type drive. It would not allow me to use the second slot with the Kingston drive that I had because it was the Kingston SUV500M8/960G drive which is a SATA type drive.  Silly me, I thought the slots were interchangeable and in fact, there is quite a bit of performance difference between the two.  For a really good explanation of solid state SATA vs NVMe, and why you should know that difference, read the post from Velocity Micro.

You also need to make sure that you have the m.2 mounting screw and spacer before installing it. With Asus, they come with the mainboard but are small enough to easily get lost and if you don’t find them, you can always get them from Frys. 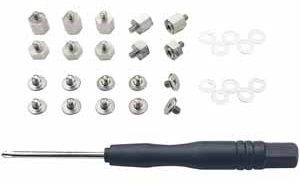 The Asus information was there on the website but buried deeply. In fact, I received a number of interesting notices when booting up the computer to let me know and after waiting a week to hear from Asus tech support, they of course, confirmed it.  So, I had to use the first m.2 slot which does accept SATA drives but the curse there is that if you use the m.2 slot, it disables the first two SATA plug connections which ended up disabling the second hard drive I had. I have two SATA drives inside the computer plus the DVD SATA drive and that plus the new m.2 SATA drive, made four connections I needed so was truly grateful that the mainboard I had originally had 6 SATA connectors.

So, shift the two HD SATA connections around, move out the DVD drive, and now I can plug in the drive and wow, it worked.  Windows didn’t really see it as it was not formatted but Windows 10 Drive Management found the drive.  So, next was to fire up the Acronis True Image software. 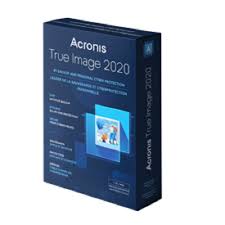 I have been using Acronis True Image for a few years now mostly for a reliable backup of my system. It works great and one of the features is the clone tool. Start it up, it suggested that I wanted to clone the drive including my C: partition to the new SSD drive that it found, and it was quick. Less than an hour later, I unplug and remove my old C: drive, reboot the computer and it found the SSD and booted from it right away. Like I never left and the speed is wonderful.

It can be that simple to set up and I must say after running this computer for a while, the speed is impressive.   This is probably the easiest and simple way to increase the speed of a computer and while you may just go with a 2.5 inch SSD drive plugged into a SATA connection, the improvements will definitely be worth the efforts.   I was fortunate to already have the Acronis software but if you don’t and you want to upgrade to a Kingston SSD, then buy an upgrade kit. If you buy a Western Digital solid state drive, you can download a WD Edition of the software to transfer to the new drive.  Seagate has its DiscWizard for transferring data to a new Seagate drive. 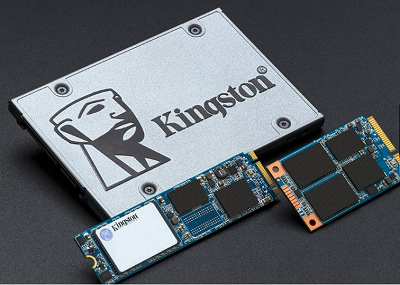 So as computers shrink in size, and they will, you will see far more of these m.2 drives installed in the boxes. This allows for lower power supplies needed, smaller desktop cases, and more space on your desktop.  And before you take the upgrade plunge, make sure that your mainboard supports the m.2 form factor and which variety.  If not, then go with the 2.5 inch SATA drive and you will see a terrific performance boost in your work.

Definitely, the way to go and Kingston has a great selection.