Summertime and the traveling is much easier now that I have snagged the perfect portable charger from myCharge. It first of all has a 6700 mAh battery so that you can keep charging and charging without having to replenish it. A built in Lightning cable for your Apple devices and a built in USB-C cable for the more modern Android phones and tablets. Finally, a built in USB-A port just in case you have one of the older phones/tablets/headphones to charge as well.

The output is up to a 3.4A so that for those devices that can take a quicker charge, you are good to go and finally, it has the built in wall connector to plug into a standard AC power outlet. It has a sleek aluminum case, easy to handle, not too heavy and has become my perfect traveling power companion. Like my other myCharge devices, it has a power button to let you know the status of the power unit via the four led lights on the top so you instantly know how much juice is left to go. The HubPlus Universal is available for $79.99

Have you been accumulating a collection of USB memory sticks (Flash Drives)? They have been around for years 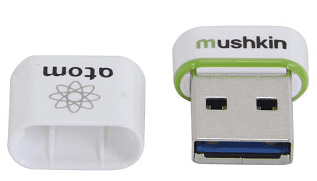 and so I for one, have a ton of them. I needed to transfer some large files from one computer to another and since they were not connected together, a USB memory stick is the best way to go. You can get them up to 1TB in size for $249 for a Corsair GTX USB3.1 model.

So when grabbing an older one out of the bag, I have discovered that transferring data to it is so slowwww. I plug in the Mushkin Atom that I got (only $17 at Newegg) and was surprised at how fast it copied data to it. It has a write speed of up to 21MB/s. In a Windows 10 computer, you can tell a copy to show you more information and you can see for yourself how fast it is copying data to it.

Plugged in a SanDisk 256gb Ultra Fit model and the speed jumps up to 60MB/s depending of course on what you are copying. When copying a bunch of video clips, it would span between the 60 above and down as low as 9 MB/s. How about just $30 for this at NewEgg.

For someone like me who needs to copy files from one computer to another often, I used to just grab one of the old USB drives that I had hanging around. After this experiment, those old drives will be heading to the recycling center very soon. 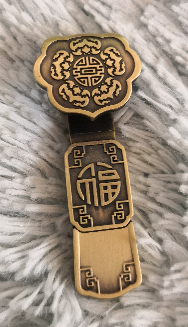 What was interesting, in copying the files from a solid state drive built into the computer, the speed started out at 60+ MB/s and then after a couple of minutes, dropped down to average 15MB/s for the rest of the transfer that took around 10 minutes. It was 59 files in 3 folders taking up 21.8gb. These two flash drives were both rated at USB 3.0 or higher.

A slightly older Sandisk 16GB Ultra Flair USB 3.0 Drive I had started out at 38MB/s and quickly dropped to 10 MB/s. An even older Lexar 16GB drive hovered between 16 and 10 MB/s. Hard telling what the older drives were rated. An even older Victorinox 32GB drive hovered between 30 and 22MB/s so it was even faster. And finally, my favorite that comes from China in a very nice silk presentation case and it was a 32GB drive, it hovered between 8 and 6 MB/s. It of course, took the longest to move 13.3GB in 35 files; 30 minutes. Go figure. 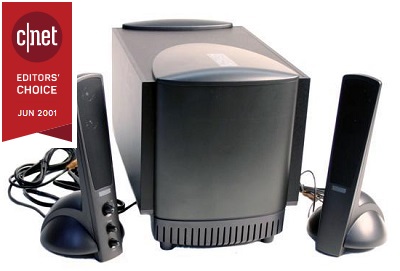 I like listening to music. When I am on the road, my Google play list keeps me company, and at home I have a too large a collection of CDs to keep me going. On the computer, I still use my very old Altec Lansing ATP3 speakers just because the sound is so nice (from 2001).

You have also seen me talk about the Cleer Stage Speaker, a great desk or table top speaker that I connect to my smartphone that I think gives the Bose a run for its money at $129.

Well, this week, I just saw the press info for something for the living room flat screen television. From Sennheiser is the Ambio. First shock is that it is $2499 but I can’t wait to hear it. Here is what they have to say about it:

"Harnessing the power of a multi-speaker home cinema system in one sleek, state-of-the-art device, the AMBEO Soundbar delivers a 3D home audio experience like you´ve never heard before."

I suspect it will be a while before I spring for that but can’t wait to go hear it. The technology sounds quite cool.