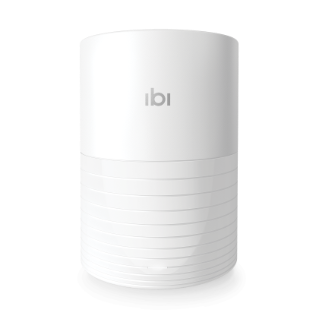 One of the major problems I keep hearing about is how to keep and share the photos that are taken with smartphones. Neither Apple IOS or Android do a good job of setting this up out of the box when you get the phone and by the time you have snapped hundreds and thousands of pictures and images, managing it gets to be too difficult.  Sure you can easily text an image and if you have your phone connected to a social media app, easily share it there, but what about family, friends, and people that are just not that technologically savvy about how to get things done? Ahhh, now we are in the range of aging luddites, distant aunts and uncles, and what about grandparents?

I may have found a solution from SanDisk, now part of Western Digital.

ibi is their new smart photo manager.  What they tell me is that it will “bring your photos, videos, and favorite people together.”  It sounds great but will it work. The goal here is to collect all your photos from smartphones, tablets, cloud, and social media to allow you to find them easily and then share with people no matter what device they have. 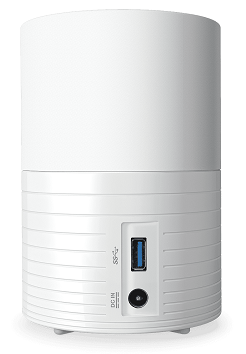 Open the box and you get the getting started guide which has two instructions. 1. Plug the ibi into the power outlet, and 2. Get the ibi mobile app. On my Android phone I had to type in “ibi Sandisk” to get it and the first thing I noticed was that it had only 60 reviews at 3.8 stars though the app I downloaded is version 4.2.0 dated February 10, 2020. I downloaded it, opened it up and you first need to create an account. Once created, it will look for your ibi device and it found it. Course you probably should double check the serial number on the bottom of the box to make sure it found the right one.  Connect it to your WIFI network.  Once connected, it will ask you to back up the photos from the phone and you have the option of backing up other folders and photos from the phone.

The first question in my mind was that it asked me to back up other folders that included pictures to the ibi and I would have thought that it would have been included in the “all pictures” category but will have to take a closer look.

Next, you invite your favorite people to use your ibi. What is cool is that each person that joins it gets their own private storage on the ibi device which in this case is 1TB of storage.  Besides the private storage, there is a place called the “inner circle” where you can share images with the other members of the ibi. You can also have conversations about the images that are posted there.

So, lets see what it is all about.  First thing I notice is that you really should allow it to gather all your photos before making changes and updating. Ran into one “please try again later” message so will let it sit for a few more minutes.

I can see where I can add members to my ibi but how do I see who I have added ?  It appears you have to go to the web interface to see that from the desktop computer but I finally found it on the smartphone app.

Once an email invitation goes out, the recipient clicks on it and can get started by creating an account on the ibi. Once created, that new person can either use the web site, download an app for their smartphone, or download the desktop app.  I downloaded the desktop app and really all it does is to create desktop icons that send you to the website and to your folder in the ibi.

Other features include a USB port for adding additional photos and storage, and the ability to stream to a TV from the phone app using Chromecast. 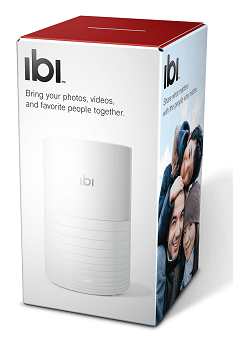 Ibi is a cool looking device that all it needs is a power plug as it connects to your WIFI and you have a cloud like storage device that you can share with people.  As I browse through the ibi and the app on my smartphone, I would like to be able to include videos as well. What I have noticed is that SanDisk is updating the app and the device as a few things in the user guide I downloaded doesn’t quite match the device. All in all, it is a very neat idea and technology that I think will allow more people to back up their photos and make it easier to share. But like any social media site, you need to have a number of people sharing to make it work. A great idea for $119 from SanDisk for a 1TB ibi.